Posted on February 3, 2014 by gthumanists_admin 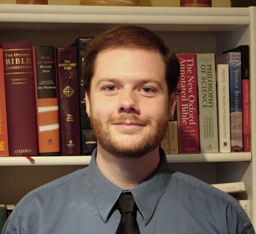 Does religion make us happier, healthier and more helpful? A number of popular psychology books and articles argue that religion is a positive force for enhancing the health and well-being of both individuals and whole communities. A careful examination of the social psychological literature, however, reveals a complicated relationship between religion and “pro-social” traits that defies such a simple characterization. Luke Galen, Professor of Psychology at Grand Valley State University, recently reviewed dozens of studies on religion and pro-social traits for the American Psychological Association’s Psychology Bulletin, exposing some of the misleading ways in which this research is conducted and presented to the public. For this talk Jeremy Beahan (instructor of Philosophy and World Religions at Kendall College of Art and Design and co-host of the popular Reasonable Doubts Podcast) will summarize key details of the review in a way that is accessible to non-professionals and reveal the devil lurking in the details.