Meeting at the Library: Roy Speckhardt, Executive Director of the American Humanist Association 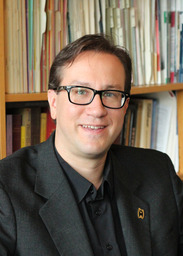 Meeting at the Library: Roy Speckhardt, Executive Director of the American Humanist Association

Grand Traverse Humanists are excited to present American Humanist Association executive director Roy Speckhardt! Speckhardt will give a talk that will follow the outline of his book Creating Change Through Humanism published by Humanist Press. He will explore the modern state of humanism, what it means, the history of humanism, and what’s in store for our forward-thinking outlook. With its emphasis on critical thinking and self-reflection, humanism can be at the forefront of pressing social issues.

Speckhardt is a frequent media commentator, having appeared on Good Morning America, CNN, Fox News, and NPR, among others. He also writes a regular column for The Huffington Post, and has given speeches at colleges, conferences, and local humanist groups across the country.

Speckhardt serves on the board of the Humanist Institute and the advisory board of the Religious Freedom Center of the Newseum Institute. He is also a member of the Forbes Nonprofit Council. He previously served as deputy director of The Interfaith Alliance and worked for various other politically progressive nonprofits.