Meeting at the Grand Traverse Circuit: How the Media Controls and Shrinks Our Identity

Posted on November 8, 2015 by gthumanists_admin 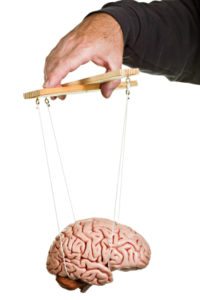 Meeting at the Grand Traverse Circuit: How the Media Controls and Shrinks Our Identity

**Please note change of location for this month! The Grand Traverse Circuit is located at 225 W 14th St., across from the State Police and Thirlby Field.**

Mella McCormick, NMC Philosophy Professor, will explore the pioneering research of Jean Kilbourne regarding the powerful and pervasive role that advertising still plays in shaping conceptions of ourselves and one another.

Jean Kilbourne is internationally recognized for her groundbreaking work on the image of women in advertising and for her critical studies of alcohol and tobacco advertising. In the late 1960s she began her exploration of the connection between advertising and several public health issues, including violence against women, eating disorders, and addiction, and launched a movement to promote media literacy as a way to prevent these problems. A radical and original idea at the time, this approach is now mainstream and an integral part of most prevention programs. According to Susan Faludi, “Jean Kilbourne’s work is pioneering and crucial to the dialogue of one of the most underexplored, yet most powerful, realms of American culture -advertising. We owe her a great debt.” Mary Pipher has called Kilbourne “our best, most compassionate teacher.”

Her films, lectures and television appearances have been seen by millions of people throughout the world. Kilbourne was named by The New York Times Magazine as one of the three most popular speakers on college campuses. She is the creator of the renowned Killing Us Softly: Advertising’s Image of Women film series and the author of the award-winning book Can’t Buy My Love: How Advertising Changes the Way We Think and Feel and So Sexy So Soon: The New Sexualized Childhood and What Parents Can Do to Protect Their Kids (with Diane E. Levin).