Meeting at the Library: Round-table Discussion…Who Watches the Watchers?

Posted on October 11, 2015 by gthumanists_admin 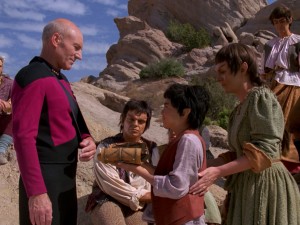 Star Trek creator Gene Roddenberry was a card carrying Humanist. The Star Trek franchise included 5 different series and was his progressive vision of a fictional future where the ideals of Secular Humanism were the norm (at least for the earth’s inhabitants!).

Join the Grand Traverse Humanists as they view and then discuss an episode titled “Who Watches The Watchers?” from the Star Trek The Next Generation series.  It was one of the most thought provoking and Humanistic episodes of the Star Trek franchise.