Meeting at the Library: Jack Segal presents “What’s Wrong with the Middle East?”

Posted on February 6, 2015 by gthumanists_admin 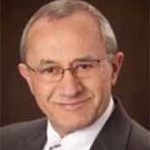 Meeting at the Library: Jack Segal presents “What’s Wrong with the Middle East?”

The always-volatile Middle East seems to be getting worse by the day, and the U.S. and our allies seem unable to do much about it.  Join Jack Segal for a 30-minute talk about the multiple dilemmas facing policy-makers, followed by your comments, questions and answers.

Jack is a retired U.S. diplomat.  He was First Secretary for Political/Military Affairs at the U.S. Embassy in Israel/Palestine, where he dealt with both the Israeli government and the Palestinian leadership.  He has held senior positions at NATO, the National Security Council and the State Department.  He’s now co-chair of the International Affairs Forum and is Adjunct Professor of Political Science at NMC.