Posted on December 17, 2012 by gthumanists_admin 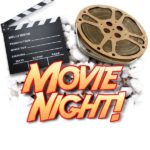 Join us for a special viewing of The Revisionaries, winner of the Special Jury Award at the Tribeca Film Festival 2012, and shown at the Traverse City Film Festival this past year. This film is not yet available to the general public. Synopsis follows:

Once every decade, the 15 members of the Texas Board of Education meet in Austin to revise the state’s textbook standards. Led by Don McLeroy, a Young Earth Creationist, Evangelical Christian, and beloved local dentist, the panel will debate and implement controversial new standards related to science, evolution, social studies, and American history that will ultimately go into effect in textbooks adopted by schools across the nation. Challenged by outspoken activist Kathy Miller, as well as Thomas Ratliff, a moderate conservative out to unseat him, McLeroy faces an uphill battle, with the fate of American education itself hanging in the balance.

First-time director Scott Thurman has captured a fascinating front-line snapshot of America’s “culture wars,” shining a deserved spotlight on this divisive and far-reaching process that puts sweeping power in the hands of a controversial few. Sure to be a conversation starter, The Revisionaries is a galvanizing peek behind the curtain at the politicization of education, and a microcosm of our politically and ideologically divided nation this election year.