Meeting at the History Center: The Danger of Relativism in Reason

Posted on October 4, 2012 by gthumanists_admin 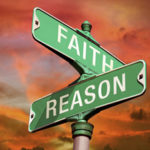 October 8 2012: Meeting at the History Center: The Danger of Relativism in Reason

The first principle of the Humanist Manifesto (III) states: “The lifestance of Humanism—[is] guided by reason…” It also states that Humanists “…find science to be the best method for determining knowledge of the world…” Yet as we know, others disagree and “find” that the best method for determining knowledge of the world comes through the revelations of the Bible or from oral traditions, etc. As sources of knowledge, these various methods are often viewed as having equal status, and therefore the choice between them is considered subjective; as a question of taste. One could ask; is there an objective method for acquiring knowledge of the world? Chris Kuchuris and Mella McCormick, philosophy professors at Northwestern Michigan College, will reveal that all methods are not logically equal and that genuine knowledge cannot be reduced to the whimsy of mere opinion.

Chris Kuchuris earned his Bachelor’s Degree in Philosophy from DePaul University in Chicago, Illinois. He also attended graduate school there and at the University of Nevada, where he obtained a Master’s Degree in Ethics and Policy Studies. He has been working in philosophy for the past 21 years teaching classes in Ethics, Critical Thinking, and Existentialism at the College of Southern Nevada. Chris has published a textbook titled Puncturing Our Illusions: Developing Our Critical Thinking Attitude. His most recent publication is Aristotle’s Greatest Contribution to Science in An Anthology of Philosophical Studies Volume 6 which he co-authored with Mella McCormick.

Mella McCormick is a philosophy professor at Northwestern Michigan College. She completed her undergraduate studies at Ball State University in Muncie, Indiana and Keele University in Staffordshire, England. She attended the University of Missouri-Columbia for her graduate work in philosophy. Prior to teaching in Michigan, Mella taught both philosophy and women’s studies at the College of Southern Nevada in Las Vegas where she authored and chaired the Associate of Arts degree in Women’s Studies.