Meeting at the History Center: Stephen Tuttle on Campaign Communications and the Media

Posted on December 28, 2011 by gthumanists_admin 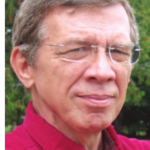 January 9 2011: Meeting at the History Center: Stephen Tuttle on Campaign Communications and the Media

Stephen Tuttle is the only person in Michigan to have been qualified by the courts as an expert witness in campaign communications, and has worked with such clients as John Kerry, Mo Udall, Barney Frank, and John Lindsay.  He writes a weekly column in the Northern Express.  Join us as he discusses two of his past campaigns, and in particular, the interplay between campaign communications and local (sometimes hostile) media.